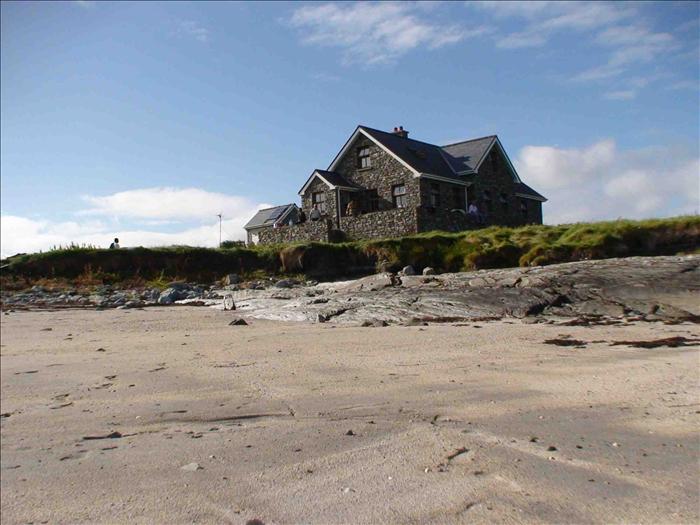 The
principal island Carbery extends has a new single
storey dormer house that has recently been constructed.
Cold Island just to the east of Carbery is little
more than a scattered rock outcrops of c. 4 acres
with some grass and is also home to a Seal and Otter
Colony.

Carbery
Island is in the Bay but at its Western end there
are rocky ledges that give considerable protection
to the island. On the Eastern end there is a small
sandy beach
on which landings can be made upon at any time with
the floating pontoon. The newly built dormer house
has also been built at the Eastern end of the island
overlooking this sandy beach. This house has recently
been constructed and I am assured enjoys the benefit
of and complies with full Planning Permission, has
its own Private Water Supply from a private well nearby
and also a Septic Tank Waste Disposal System.